Home | News | The Lexicon of Web3 NFTs and Blockchain

Welcome to the brave new world of web3, NFT’s and the metaverse. In discussions on these topics we often hear the phrase “…we are still early…” and that is certainly true. Fortunes will be made and lost but there is no doubt that developments currently underway will impact our lives in ways which we, as yet, do not understand or appreciate.

As with any new technology, the NFT world is developing a lexicon which needs to be appreciated and understood prior to delving into any technical consideration of the matters at hand. A somewhat lighthearted glossary of NFT terms appears below:

AGMI – Am I gunna make it? Phrase used when publicly disclosing NFT’s held for a particular project and seeking positive affirmation of your purchase from your Discord peers.

Avatar – your image in web3. Usually the NFT that has made you the most eth.

Beanie – divisive NFT personality. If you followed his recommendations over the last year you have made plenty of eth.

Boomer investing (derogatory) – any investment not on web3.

Burn – the destruction of an NFT usually done in exchange for a new NFT.

Cold Wallet – a blockchain wallet not accessible online and therefore less likely to be hacked. If you got a Bored Ape (current floor 100 eth) at mint it is in your cold wallet which is now (or should be) stored in a safe deposit box.

Discord – where NFTers and gamers communicate.

Dox (ed) – your IRL identity particularly when it is available and known to the NFT community.

Drop – NFT sent to your wallet usually (but not always) by a project you are already involved in. Be wary of unknown NFT’s dropped to your wallet; interacting with them could result in you being hacked.

Flip – selling an NFT shortly after mint. Ideally (but not always) for a profit.

Floor (price) – the minimum you need to pay to purchase an NFT on Opensea.

FUD – fear, uncertainty and doubt. What is spread by that annoying person on Discord who thinks your favorite NFT project is a rug.

Gas – the cost of an NFT transaction; also the scourge of the NFT world. Usually cheap but can spike such that gas is more than the cost of the NFT purchased.

Hack(ed) – when someone steals your NFTs. Usually the result of giving your seed phrase to the friend you just made on Discord or entering into a malicious contract.

Lambo – (Lamborghini) – what all NFTers think they will driving when the project they just invested in makes them lots of eth.

Mint – purchase NFT upon issue by a project.

NGMI – not gunna make it. What you tell the person who FUDs your favorite NFT project.

Opensea – NFT marketplace. Sales of $US2billion for the month of January 2022.

Secondary – buy an NFT after mint, usually on Opensea from someone flipping.

Seed Phrase – the key to your blockchain wallet. Should not be disclosed to anybody. If disclosed you will be hacked.

Whitelist – mythical invitation to be the first to mint a new project and not have to participate in a gas war with the plebes.

WAGMI – when am I gunna make it? When is this project that I just invested in going to make me lots of eth?

Web3 - a new version of the World Wide Web based on blockchain and incorporating decentralisation and token-based economics (tokenomics). 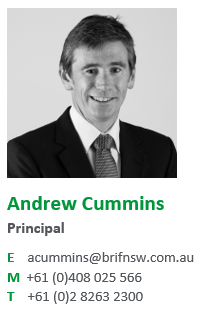