Home | News | What is a loss of opportunity?

A claim for loss of opportunity can arise in consequence of a contractual breach, negligence, personal injury, or misleading and deceptive conduct where the wrong results in the loss of a chance to profit, gain or benefit.

Plaintiffs sometimes confuse the “loss of a chance” with the loss of a “blue sky” opportunity, the latter being a being hypothetical or possible, but not probable, future event. As explained below, case law requires a loss of opportunity to be more than speculative; it must be substantive. Case law also requires a plaintiff firstly, to establish the value of the opportunity and secondly, to prove there is a reasonable causal connection between the wrong and the lost benefit, chance or profit.

Where a breach of contract arises, a plaintiff need only prove the breach to be entitled to nominal damages for the lost benefit. This is so even if the plaintiff is unable to prove what, if any, value, performance of the contractual promises would have had[i]. Examples of a loss of opportunity in a breach of contract scenario might include the loss of the right to complete a contract[ii] or the loss of an opportunity to exercise a contractual option[iii].

In contrast, a plaintiff’s failure to prove damage in a tortious claim (such as negligence or breaches of Australian Consumer Law) precludes an award of compensation given that damage is the “gist of the action”[iv]. However, it remains open to a plaintiff to assert a loss has been suffered in respect of the right or opportunity to acquire a commercial benefit (or avoid a detriment), as explained by Justice Brennan in his separate judgement in Sellars v Adelaide Petroleum NL[v]:

“Where a loss is alleged to be a lost opportunity to acquire a benefit, a plaintiff who bears the onus of proving that a loss was caused by the conduct of the defendant discharges that onus by establishing a chain of causation that continues up to the point when there is a substantial prospect of acquiring the benefit sought by the plaintiff. Up to that point, the plaintiff must establish both the historical facts and any necessary hypothesis on the balance of probabilities. A constant standard of proof applies to the finding that a loss has been suffered and to the finding that that loss was caused by the defendant's conduct, whether those findings depend on evidence of historical facts or on evidence giving rise to competing hypotheses. In any event, the standard is proof on the balance of probabilities.

Although the issue of a loss caused by the defendant's conduct must be established on the balance of probabilities, hypotheses and possibilities the fulfilment of which cannot be proved must be evaluated to determine the amount or value of the loss suffered. Proof on the balance of probabilities has no part to play in the evaluation of such hypotheses or possibilities: evaluation is a matter of informed estimation.” (my emphasis)

The following excerpt from Masters Home Improvement Australia Pty Ltd v North East Solutions Pty Ltd[vi], underscores the evidentiary challenges a plaintiff must overcome to persuade the Court that the asserted outcome was more than hypothetical. Those challenges seemingly put a defendant in the more advantageous position of attacking the quality of the plaintiff’s evidence to counter the assertion that the opportunity was a likely outcome.

“In considering damages for loss of a commercial opportunity, the court asks first whether there was a commercial opportunity of some value (which is more than speculative or negligible); that is, was there a chance? Secondly, the court looks to whether that opportunity has been lost; that is, would the plaintiff have pursued the opportunity? The third step is to consider what amount should be awarded having regard to the prospects of success if the opportunity had been pursued. In taking this third step, the courts’ task is to apply a discount which reflects the prospects of success. This is sometimes referred to as a Sellars discount.” (my emphasis)

While the appropriate approach for valuing a loss of opportunity is situational, a approach commonly adopted is as follows:

Given the Court’s role in assigning the probability of the asserted outcome occurring, it is important that the discount rate applied in quantifying the value of the lost opportunity is not adjusted for the same uncertainties (to avoid any double-discounting)[vii]. Accordingly, it may be more prudent to discount the future cash flows at the risk-free rate, adjusted only for specific situational risks excluding the risks of uncertainty.

Early forensic accounting input offers a simple, effective way for you to proactively manage the costs and risks associated with litigation. Engaging early will help to narrow the material financial and/or accounting issues in dispute, and identify the critical evidence required to develop and support the optimum legal strategy. This will help you lay the groundwork for building robust, defensible claims.

Contact one of our forensic accounting experts to discuss the problems at hand and discover why our services are right for you. 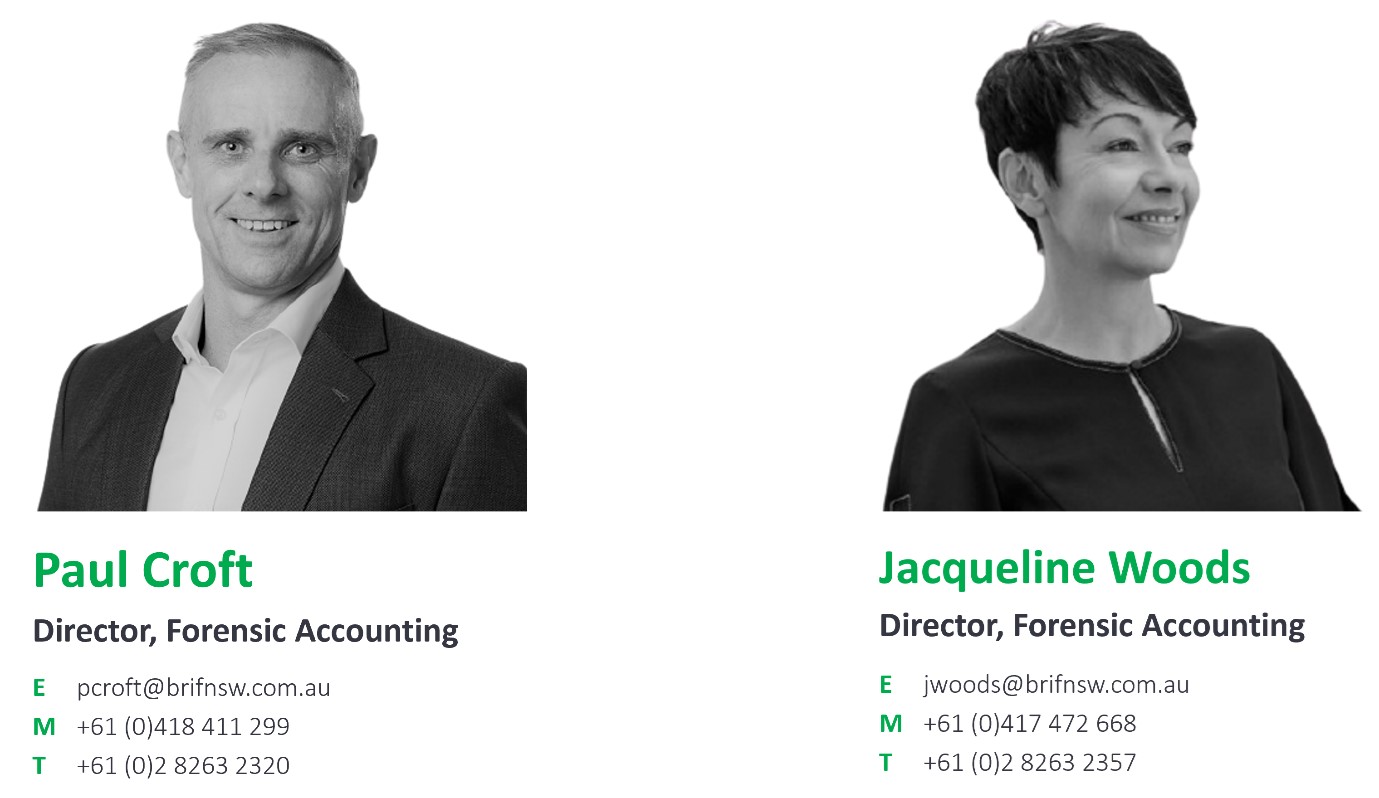